I’m telling a story about my glamorous life as a nanny at Tales From the Crib, happening at Malo in Silverlake! Hosted by Michelle Tea and including so many great people telling stories as well: TAOFIK KOLADE (writer on Atlanta), SABRINA JALEEZ (The Mayor), SANDRA TSING LOH (author of The Madwoman in the Volvo), ANNA SOCHYNSKY, and TAYLOR XAVIER CHAZAN. PUMPED.

The debut of new comedy night SECRET CHANCES, hosted by Michelle Tea and me!! A roving comedy party at a different person’s house every month. Email me for details. Featuring Jenny Yang, Chris García, Stephanie Wain, Lizzy Cooperman, and PATTY SCHEMEL WILL DO HER FIRST STAND-UP EVER!!

I’m going to be at the Edendale Library (Echo Park, Los Angeles) in conversation with Hole drummer and “Hit So Hard” author Patty Schemel, moderated by Maggie Nelson. FREE!! Check it!

I’m doing stand-up comedy at What Would the Community Think, hosted by George Chen!!

Book party and dork sesh at Unity Skateboards in Oakland, California!! Miriam Stahl and Kate Schatz will also read from their new journal, My Rad Life. Brontez Purnell will DJ and maybe talk about his book too?!

Reading at City Lights in San Francisco! I will be in conversation with Brontez Purnell author of Since I Laid My Burden Down.

I’m doing stand-up with Portland’s LEZ STAND UP at the Virgil!!

I’m doing some weird thing I don’t understand that is called Lesbian Culture Club at a library/auditorium in WeHo!

I’m in conversation with Michelle Tea about my book at Skylight Books in Los Feliz, Los Angeles!

I’m performing at the Institute of Contemporary Art Los Angeles with my partner in Pave the Way Skateboards, Miriam Klein-Stahl! We’re on a bill with the Brontez Purnell Dance Company, Wendy Ortiz, and Lizzy Cooperman. 7:30, FREE

My book Like a Dog comes out on the Sister Spit imprint of City Lights Books!!!

I’m doing stand-up at El Cid in Los Angeles. The show is called NO SCRUBS. It is $5 and starts at 10pm, a horrific hour.

I’m telling a story as part of a Porchlight show at The Battery in San Francisco. I think you might have to be a member/white tech jillionaire to come, but I’m not sure.

I’m doing stand-up at The Virgil in Los Angeles with Lez Stand Up, in town from the northwest hamlet of Portland, Oregon.

I’m reading at The Last Bookstore in downtown Los Angeles with one of my deepest bros, Michelle Tea! The event is a book party for Kait Heacock‘s new book “Siblings and Other Disappointments.”

I’m telling a story with Porchlight as part of San Francisco’s Sketchfest.

I will be doing a stand-up set at The Business, which is at Little Joy in Echo Park, Los Angeles. 9 pm, FREE.

I’m in a reading with a bunch of great writers (Michelle Tea, Bucky Sinister, Les Milton, Stephen Brophy, Nicholas Davidge) this Saturday at BookShow in Highland Park, Los Angeles. Sorry to be abusive but here is a social media invite.

Rad video made by Clinton Perry of a recent SoCal pool adventure I had with Bob Lake and a few other doodz.

Unbelievably, I was in a Buzzfeed video about women skateboarding that got over four million views.

I had a freaking blast filming this video with Peaches and an ocean of beautiful people.

Well here is the video Robin Reiser and I made!!

GOOD DAY! Or is it ever? OIL SPILLS make me think it may not be. Why are humans such monsters? Without even trying to be? And then also when trying to be? My heart aches for all creatures affected by this bullshit.

BUT THAT’S NOT WHY THE TWO OF YOU LOOKING AT THIS PAGE ARE LOOKING!! You were just hate-browsing, right?? Tumblr is down? I don’t know.

Just wrapped a short written by the excellent Robin Reiser. The topic is women: does it make sense that they are allowed to wake up every day? Have we controlled their lives ENOUGH with the unreasonable forces available to us?

ALSO, I recently acted in a short written and directed by the venerable Devon Kirkpatrick. Can’t wait to see what comes of my bellowing and leaping about in a kimono and short shorts. Potato on two toothpicks, you are the physique of German women everywhere!

You know I ain’t foolin’ because it’s the 2nd…

Sudden press-splosion for Rods and Cones! Why? We don’t know! But okay and right on!

The Best of Indie TV 2014: 25 Networks, Series and Creatives Worth 5 Minutes of Your Time

Deeply great article about Beth and me and Rods and Cones in Hairpin! Written by the excellent Kira Garcia. 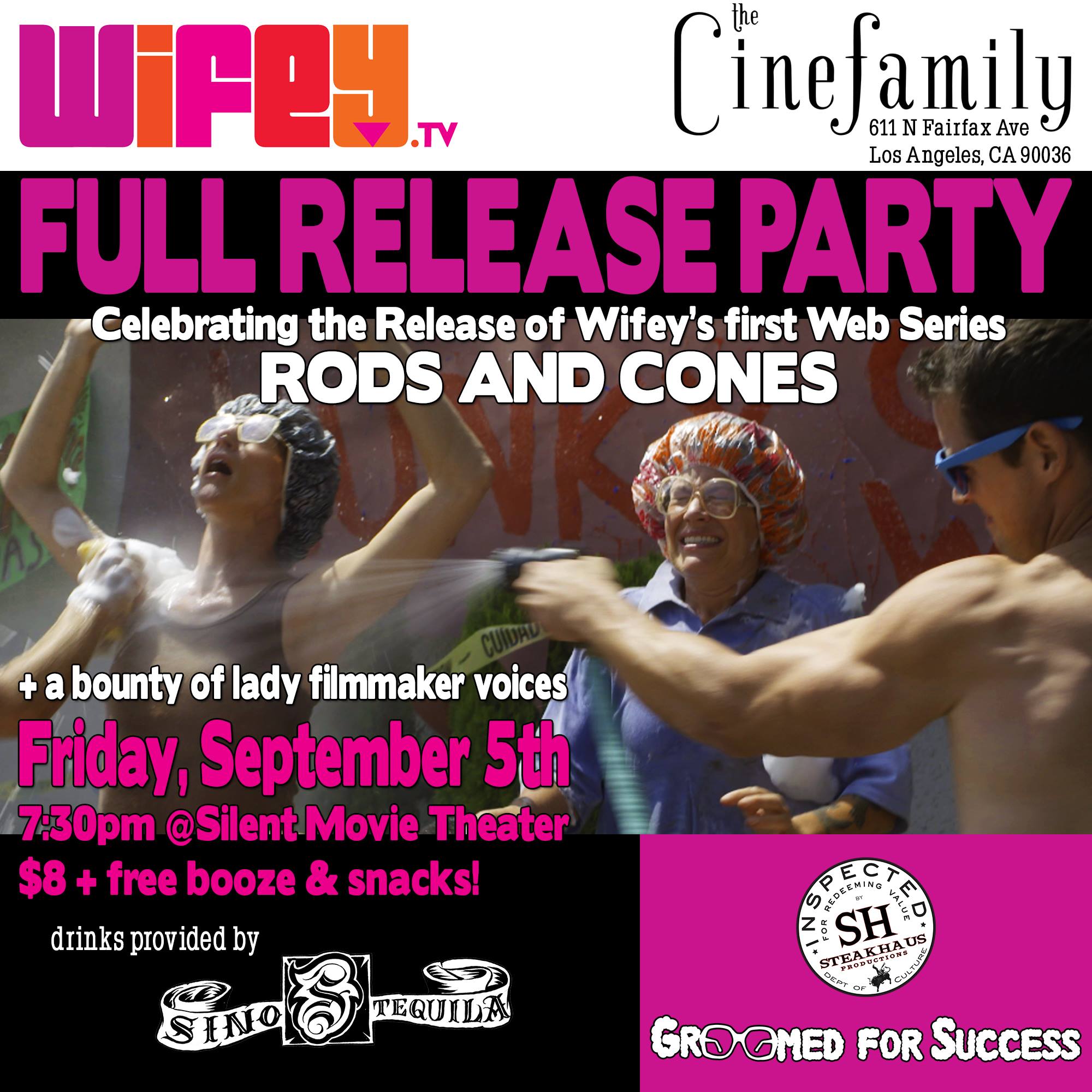 Right arm! New write-up about Rods and Cones from Autostraddle!!

THE RODS AND CONES TRAILER IS UP!!!! We are being released by our rad friends at Wifey.tv and could not be more PUMPED. WATCH HERE!!

Rods and Cones written up by Bust Magazine!

Sweet write-up about Rods in Refinery 29

4/22/14
Okay right on!! My new article about skateboarding in the Believer!!

Some shows with Sister Spit! Reading my own material and co-hosting with Beth Lisick!